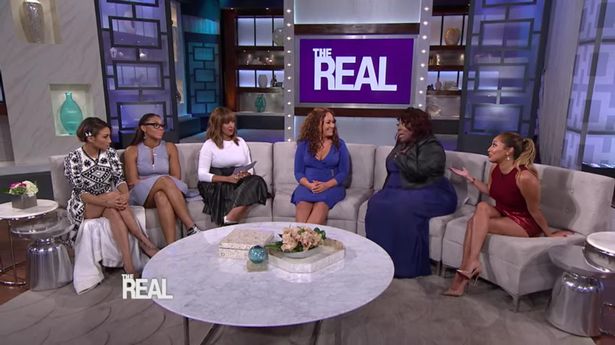 Controversial ex NAACP President of Spokane,WA Rachel Dolezal surfaced again on Monday’s Episode of “The Real”; Addresses her ethnicity once and for all.
You know Tamar didn’t hold back in her line of questioning, she’s a straight the point type of girl just like myself.  Watch the video below.

I don’t know what the big deal is, if she feels that who she is who is anyone else to say different.  You got men walking around saying there women and vice versa, why is it so hard to believe a person can closely relate to one race or another to where they feel as though that’s who they are.

I come off more white then black when it comes to a lot of things. To the point where while growing up all my African American friends would point out to me how “White” I sound or in there words “Acting”.  I’ve never thought I came off White, I’ve always been myself.  I’d like to think I just have an old soul.

If I were forced to choose what race I closely related to and based off the norms and values that African American’s hold over my head in which I don’t conform to then I’d guess I’d be white then.

Only thing is its harder for me to get away with that charade considering the tan I was born with and lets not forget my curly kinky hair.

I think India Arie said it best when she said “I am not my hair, I am not this skin, I am the soul that lives within.

What are we teaching are children when we say things like stop acting like a white boy or girl?  What does that even mean, the statement alone from anybody’s mouth already say’s you believe your inferior to a whole race.  If you didn’t feel that way, why would you be asking anyone else that question?  Let it #Marinate