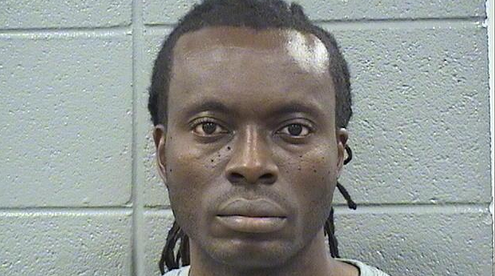 You’d think people would know in this day in age that it’s a crime to knowingly infect someone with HIV. And yet everyday more and more stories come out about people doing it.

The man photo’d above Jimmy Amutavi is a Personal Trainer from the Chicago area.  So ladies, take a good look! If your from there and you’ve slept with this man get tested immediately.  As you might have been exposed to HIV.

According to Global Grind:

Authorities arrested a personal trainer and held him on $150,000 bail on Saturday for allegedly sexually transmitting the HIV virus to three women without warning them of his status, reports The Chicago Tribune.

Jimmy Amutavi, from the Chicago suburb of Wilmette, Illinois, began working in April 2015 as a personal trainer for the three victims. During that time, he started dating each of the women, engaging in unprotected sex with them even though he knew since 2001 that he was HIV positive.

The Cook County prosecutor charged Amutavi, 46, with three counts of criminal transmission of HIV. Amutavi, who has a 5-year-old son, faces up to seven years in prison for each charge.