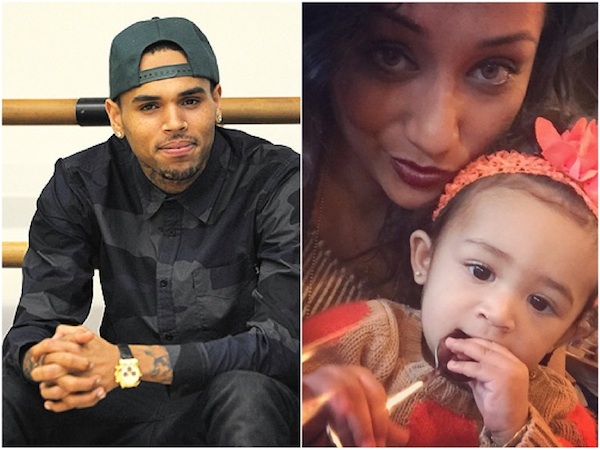 I’m thinking 2500.00 a month is more then enough to take care of the needs of a toddler.  I understand you all have household monthly excesses in bills at your home that were there before she was even born.

Sources confirmed with TMZ, Chris has been paying baby Royalty’s mom, Nia Guzman, the $2,500, but the gravy train stopped in March. Our Chris sources say he stopped paying because Nia demanded $15k a month, which he thinks is ridiculous.

We’re told Chris says Nia’s treating the baby like a winning lottery ticket, but she claims he’s being incredibly cheap and their daughter is suffering as a result.

We’re told Nia’s lawyer, Carl Moore, will be filing legal docs in the next 2 weeks demanding back child support and a huge monthly hike.

Outside of him adding her to his health insurance, what more can 6x of what he’s providing can he be paying for.

I’m hoping since you have a significant other and yourself adding to the welfare of the child she was more then taken care of.

Pay for a baby sitter why should he have to pay for you not watching yawl Daughter.  I’m certain he doesn’t ask you for baby sitter money.