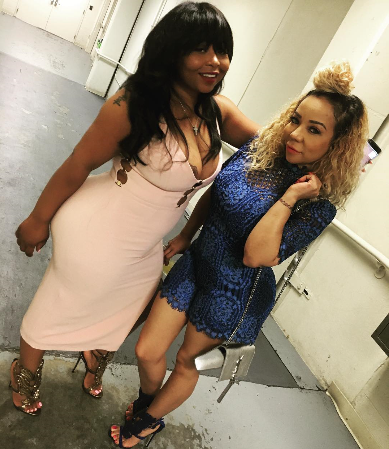 After 6 years of marriage Tameka Cottle-Harris has had enough of her husbands King of South Rapper TI & his philandering ways.

She’s gotten tired of the blatant disrespect he’s shown with keeping the sanctity of their marriage, as he’s been blasted and caught up in multiple cheating scandals in the few short years they’ve been married.   In Atlanta accusations & rumor have it that Tiny has moved out of the marital home she once shared with TI and into a new home of her own with the 3 kids they share together along with her eldest she has from a previous relationship.  (Photo’s below is King & Major Harris, along with a cousin of theirs in front of the new house.)  The home is reportedly worth 1.4 million dollars and in an exclusive suburb of Atlanta & Tiny had no issues putting down payment and securing the lot for her seeds on her own dime. 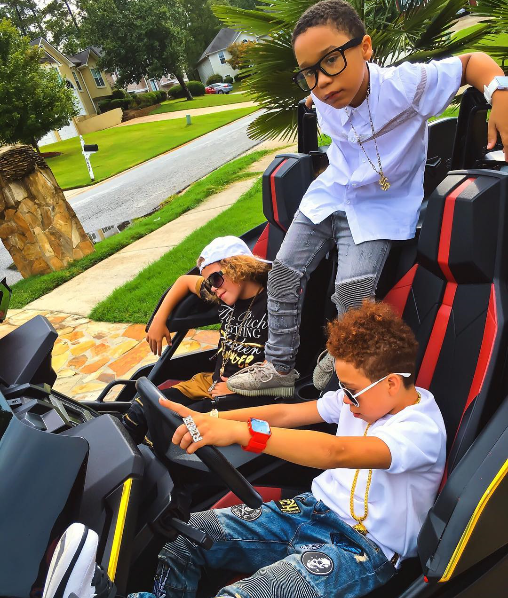 King Harris Tameka’s eldest son with TI seems to be just fine with the move, it’s the youngest boy Major Harris whom seems to wear his emotions on his sleeve & is more visibly distraught in simple pictures.  He’d never would’ve guessed any  decisions his father would’ve  made could break up his family.  Then again he’s a very sweet innocent little boy and he has yet to understand his father’s trifling ways.  One thing he can recognize is mama is much happier since moving out and daddy wasn’t really around like that to begin with, he was to busy cavorting with hoe’s. 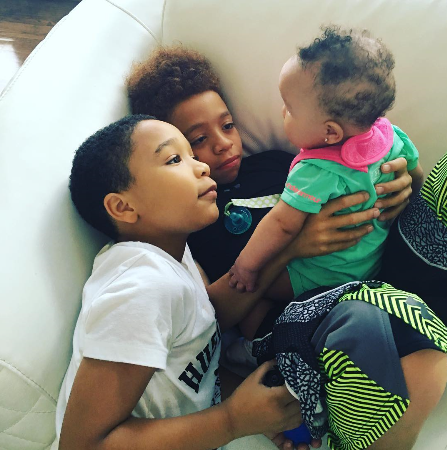 T.I comes around and see’s & spends time with his kids, but when it comes to him & Tameka it’s a wrap.  She’s only been hesitant on pulling the gun when it comes to the divorce as she didn’t want to mess up the image of “The Family Hustle”, but with the many games TIP likes to play with her feelings, she’s ready to come clean and start over.  If T.I. got himself together I can imagine, she’d forgive him.   But until then he’s going to have to do like Usher say & “Let it Burn”, which I’m certain he keep messing with these ratchets out here, wont be hard for him to literally do. 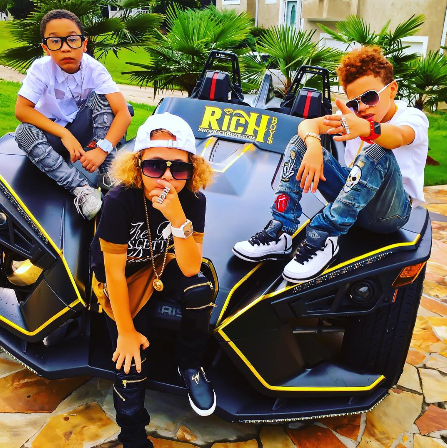