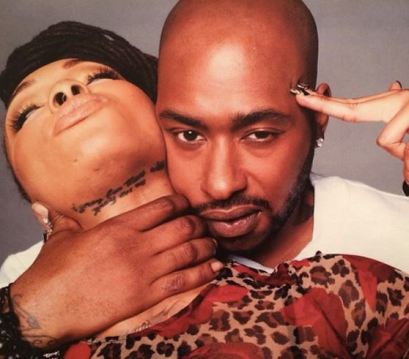 Say it aint so, Dutchess & Ceasar of Black Ink Notoriety are over & done.  And have been apparently for the past few months.  Per usual the break up was rumored to have been messy, but that’s not unbelievable when it comes to these two.

They are clearly not meant to be together, it’s written all through this shows story line. And the lost look on their faces anytime someone ask either of them about their relationship.  It was just earlier this year they were announcing they’d chosen a wedding date for the Summer of 2017, than the thought of a wedding was dismissed as fast as it came.

Now Ceasar has moved on with another chick  and in the video below she confront’s them while at a Tattoo convention in Puerto Rico.

I’m thinking if the chick and Ceaser were together, I doubt either of them would of have an issue saying it were true. Apparently he’s not with you.  #IJS

Black Ink Crew is coming back to VH1 on January 18th so we shall see what was the demise og Cease’s and Dutchess relationship was, and I’m guessing it has a lot to do with her reckless mouth.