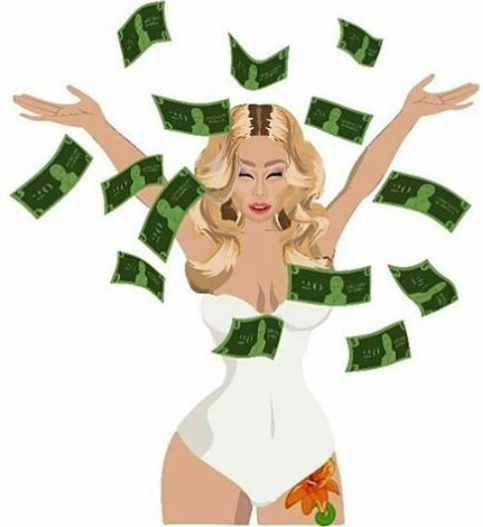 Its “Takeover Tuesday” for Celebrity Socialite Blac Chyna.  Not only has her own set of Emojis (#ChyMojis) drop today,  her stake in the name Angela Renee Kardashian has been approved legally.  Tonight the couple celebrate the release of Chy’s Emojis at the HardRock Cafe-Hollywood. 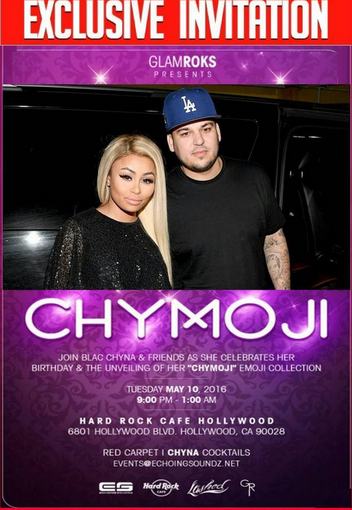 Blac Chyna has really made a name for herself in the past 5 years.  She went from Stripper, To Baby mama, To Jilted Ex to the champion of Chess & Revenge.  Her and Rob knew exactly what they were doing when they hooked up.  I’d be surprised if they didn’t have a bulletin board with all their moves laid out months in advanced, on just how they were going to exact revenge on Robs family.  It begun with him inviting Angela “Blac Chyna” to Khloe house where Rob once resided, where they were relationship was discovered first.

Now the couple are engaged and are expecting a new Kardashian to add to the family and everyone is “thrilled” with excitement (Eye Roll).  According to sources the baby news hit Kylie Jenner the hardest out of everyone else in the family as she doesn’t really understand how to stomach the news.  Reportedly Kylie and Tyga are on a break, but I tend to not believe reports about their breakup, because it always tends to be false.  So until they show signs of dating other people then I’m going to continue to believe the pair are together.

Now with Robs & Blac Chynas engagement ,with a baby on the way and her name change official there’s no turning badk & I doubt Kylie every thought things would get this messy or go this far. 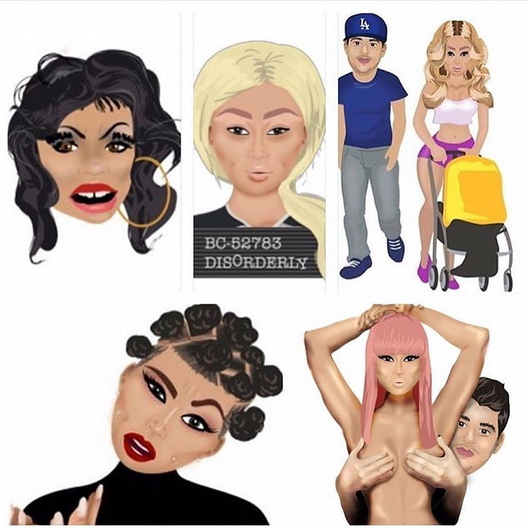