Ludacris standing between the beautiful Teyana Taylor or rumored to be Schumpert and Karrueche Tran, who’s rumored to be pregnant with ex Chris Brown baby.  They both came out in support of the Luda Foundation, other festivities and events that were going down in Atlanta this weekend. Thanks Prince Williams ATL for the pics.. 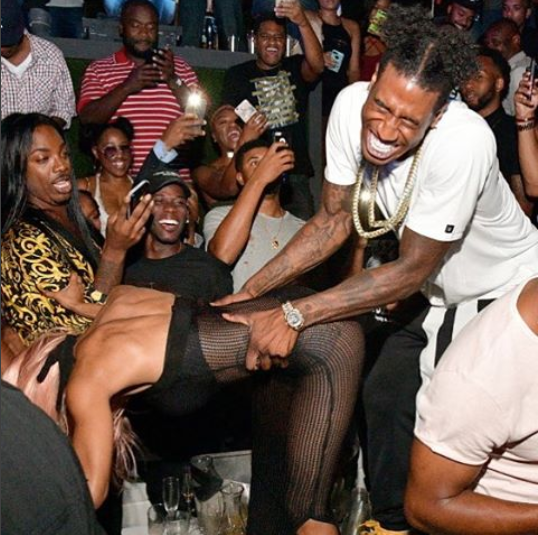 Teyana Taylor wasted no time in reminding the groupies who her man was and what they’d have to compete with if they dared to try him.  They also had their beautiful daughter Junie in tow with them to the Georgia, as they premiered her Baby Buddah Line of ‘Infant Clothing’ at Rasheeda’s Pressed Boutique in Atlanta.

EJ King & Karrueche Pose with Iman & Junie Schumpert at the Baby Buddah pop up shop at Pressed in Atlanta, GA.  Karrueche who’s rumored to pregnant with Brown’s baby came out and supported, helped fueled the rumors by doing her best to wear lose fitting clothes all weekend.

Karrueche has yet to speak on or dispel the rumor of being pregnant, as I’m cetain she’s utilizing the extra attention to maximize her celebrity.  I’m waiting on her to be more famous for her accolades then from being his ex. 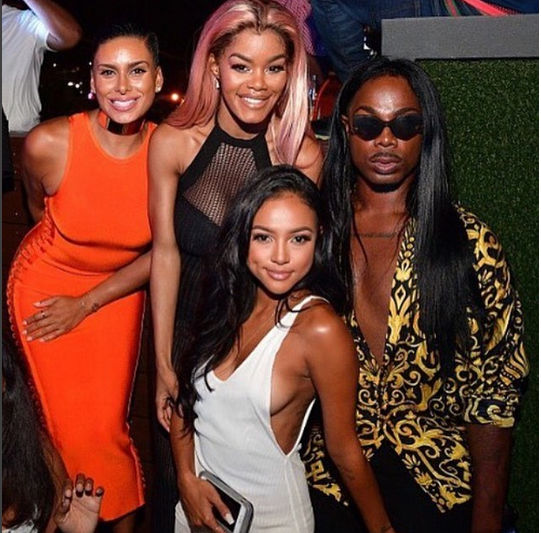 Gloria Govan spotted along with Teyana, Karrueche & EJ, all one can wonder is who invited her and why? She pop’s up everywhere like bad lighting.  It was just recent that due to Govan’s failure to show in court a Judge dropped & dismissed a Support Lawsuit she had against NBA Ex Gilbert Arenas. 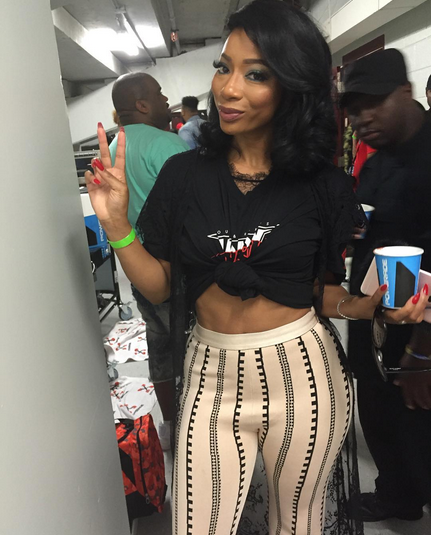 LHHATL Tommie Lee made it out of jail in time to attend the Celebrity Filled event in Atlanta this weekend.  It was just last weekend she turned herself into the County Jail for violating a restraining order Love & Hop Cast mate Joseline Hernandez had against her.-Judge Grants Joseline Hernandez a Restraining Order..