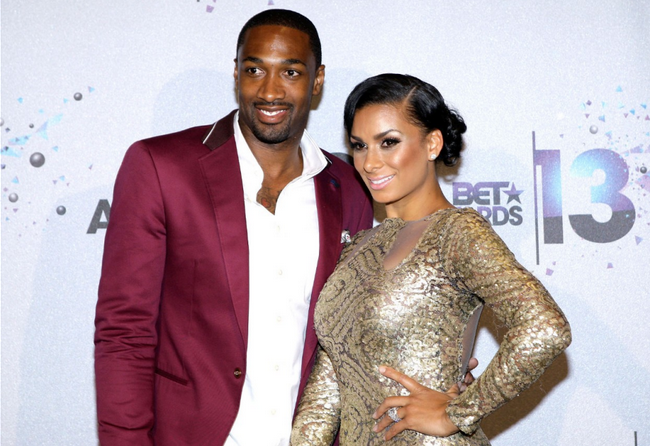 It’s been an uphill battle for ex basketball wife Laura Govan in handling the drama between her and NBA Star ex Gilbert Arenas.  They’ve been in and out of the courts for years, even briefly reconciling in 2013 and attended the BET Awards.  Had people thinking they’d worked it out and that couldn’t have been further from the truth.

Laura went out her way to tell people she was frightened for her life earlier this year,  she did an interview stating she felt “Gilbert could murder her like OJ did Nicole Simpson and get away with it”.-Laura Govan “I Fear For My Life”.   It was just last year she sued & accused Arenas of putting her out the house and forcibly removing her one million dollar engagement ring from her finger.

She also believed although they were never legally married, since they’d lived like man and wife she deserved part of his earnings from 2002 to 2014.  Using the reasoning of had that been married that’s what she would have gotten.-Laura Govan Suing Gilbert Arenas.

In the midst of the Suit there was a gag order and Laura made the mistake by allowing her account to be “Hacked” and a bunch of personal email exchanges between the two of them were leaked.  It was later discovered she’d leaked the emails herself to the blogs.  In the email she rant’s about how he’d brought home STD’s and how she knows he slept with her sister Laura Govan.

Gilbert was able to prove that he never had an STD with help of his NBA Doctor and medical records and that didn’t fair to well for her case.  Considering she lied about how the news was revealed to begin with.

Whelp! Govan’s email leak and her false STD claims cost her the case and now she owes Gilbert Arenas over a hundred thousand dollars for slander.

Where is she going to get the coin to pay him, is beyond me?!