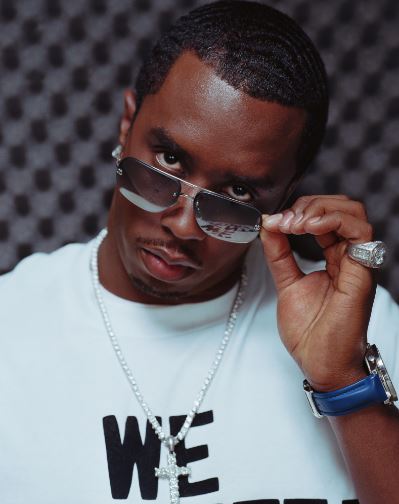 Diddy is always finding himself in one mess or another, but this time he’s messed with the wrong person when it comes to keeping his sexscapes on the low.  This time Diddy’s former Personal Chef has a bone to pick when it comes to the standards Diddy set in her work place, which of course was his home.

LOS ANGELES, CA – If you social media mavens think the #DiddyCrop was a big deal, well then sit down and engage in a real issue in the life of Sean “Puff Daddy” Combs.

Cindy Rueda, a personal chef who reportedly worked for the Bad Boy mogul from January 2015 to May 2016 at a pay rate of $150 a day, filed a complaint Monday (May 8) for wrongful termination, sexual harassment and violation of whistleblower protection with claims that she had to routinely serve a naked Diddy meals after he had just finished having sex with whoever the person du jour was.

According to the court documents filed in the Superior Court of the State of California, Rueda was “summoned by Mr. Combs to serve him a post coital meal” and when she entered the room, Diddy was “naked and made comments about his body … and ultimately asked the visibly uncomfortable plaintiff [Rueda] if she was attracted to or liked his naked body.”

Diddy isn’t the only accused harasser in the complaint. An unnamed naked friend was said to approach Rueda in the kitchen after he had just got done sexing someone up and asked the chef to “admire his genitals.” It should prove interesting to see if the case determines that was the exact phrase he used (if the scenario did indeed happen).

The wrongful termination portion of the lawsuit stems from an incident where Rueda says she was “set up” to be the fall gal for a trash-diving, watch-stealing caper once she complained about her working conditions. After allegedly refusing to sign a waiver that would prevent her from speaking out negatively against Diddy, she says she was ultimately fired.

Naturally, reps for Diddy called the entire lawsuit a sham.

“This is a frivolous lawsuit by a disgruntled ex-employee who was fired for cause,” a rep told the NYDailyNews.