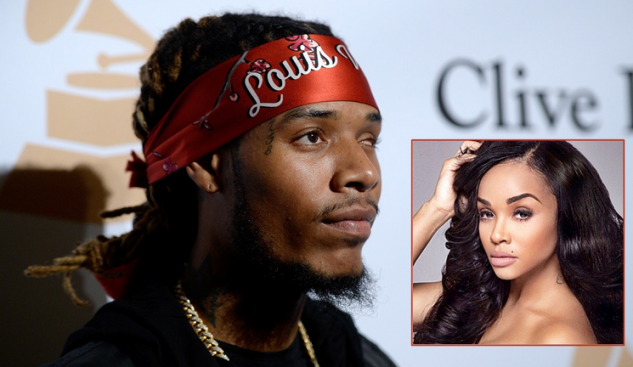 Masika is finally in the process of giving birth to what the internet believes is his first child.  I read one article and it said and I quote ” Looks like Fetty Wap will finally be a father”.  From what I know of he has one child already and he treats his baby mama like trash.   Earlier today it was reported Fetty hopped on the first thing smoking from New Jersey to Cali to witness the birth of his child with LHHLA Masika.

I can only imagine what fantasy he’s going to allow her to believe before he puts a kaabosh on the dream he’s leasing her right now.   From what I understand Fetty & Masika are not together, and they just plan to co-parent.  Hmmmph no he waiting on the DNA test before he claim you or that baby and best believe that.

Lets not be delusional.  I remember when she first said she was pregnant first thing Fetty did was release a statement saying he wasnt the pappy, it wasnt til they linked up a few months after he revelation to him and the world were he finally put out a statement he was looking forward to the baby.  Which I’ m happy he owned some stake in the responsibility for making the child