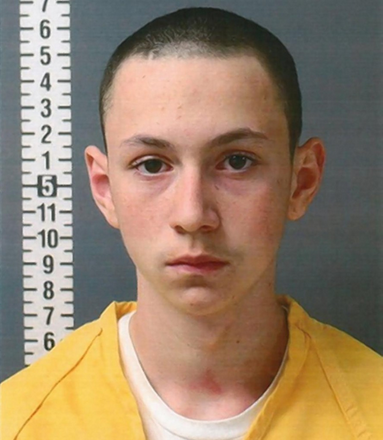 Family doesnt mean much now adays to alot of people and that’s scary.   Just think, he killed his own brother without batting an eye and you want to believe he’s going to have compassion for those outside his family members lives.  It’s a shame, but I’ve said it once before and I’ll say it again these violent video games, movies and activites we allow are children to do is leading down a fast track to no where mentality wise.

A sibling rivalry turned deadly after a lovesick Pennsylvania teen killed his older brother in a fight over a girlfriend.

“They were both interested in the same girl,” District Attorney Ed Marsico said about the brother’s killing, PennLive reported.

After Pennsylvania State Police arrived at the 2 a.m. shooting, the heartbroken sibling put his hands up and admitted, “I shot my brother,” according to records.

Dakota confessed that he loaded up the shotgun just two minutes before the deadly shooting at the Dauphin County home, and told troopers he did it because he was romantically interested in his brother’s girlfriend, ABC27 reported.

“It’s very shocking,” a neighbor told the local station. “I just saw Dominick outside yesterday. Just to know he’s dead now — I actually watched them carry him outside in a body bag. It’s not usual around here at all.”

The 15-year-old accused killer is being charged with homicide as an adult, and held without bail. His first court appearance is scheduled for April 6.