Gucci Mane did it big this past Friday, by not only dropping his highly anticipated album “Everybody’s Looking”.  He’d also had his first show & live performance since being released from Prison over a month ago-GUCCI MANE IS FINALLY A FREE MAN.  The Friends he so graciously mentions on the front of the flyer were none other than….

Drake & Gucci Man Performed there single “Back on The Road” live together to a Sold out crowd at Fox Theatre in Atlanta,GA on Friday.  It’s what Gucci friends and fans have dubbed his ‘Welcome Home’ Concert and from the plenty of snaps & videos posted online by Gucci & Keyshia Kaoir themselves it was one for the ages.

2 Chains came out and performed for Gucci on his day, allowing him a much-needed intermission to get himself together for his next performance.  It was thought that maybe the two of them had beef, due to the fact that one of Gucci Mane’s artist by the name of ‘No Plug’ killed an artist affiliated with 2 Chains by the name of ‘Bank Roll Fresh’ ATL Rapper No Plug Admits To Murdering Bank Roll Fresh.   So it’s good to seem them to be able to remain cordial and peacefully coexisting in Atlanta, now who you wont see in any of these picture’s is Young Jeezy.  So don’t bother looking.

Fetty Wap & Guwop Backstage at the Fox Theatre in Atlanta, GA.  He came out to support and hang out with the Big Homie.  He also performed Trap Queen for the umpteenth time in the past 2 years.  Dog We get it. 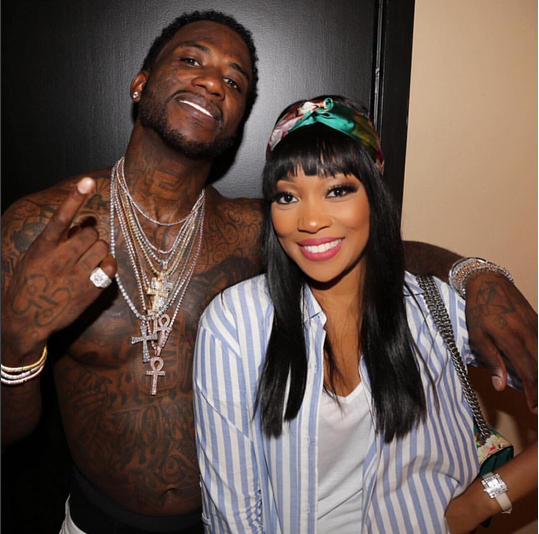 RnB & Soul Singer Monica found the time to come out and show love.  Its always nice seeing her.

Instagram:Eldorado2452
This woman needs no introduction, but for those who don’t know photo’d above is Gucci Mane & his Woman the beautiful Keyshia Kaoir.

Gucci Thanked his boo for being his Hypeman.  I love seeing these two together, Jay & Bey don’t have nothing on this love.