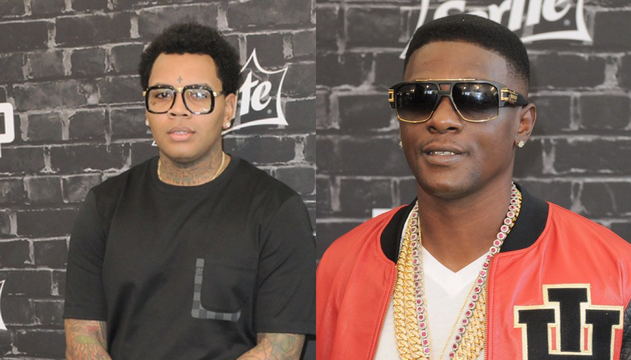 This past weekend a brawl broke out on-stage  in Louisville, KY at a Hiphop Concert Featuring Rappers Boosie Badass & Kevin Gates .   Someone on Boosie’s squad had beef with Kevin Gates DJ, that led to the on stage brawl that nearly got the show shut down.  Boosie hurriedly calmed things down in order to continue the show.Also there’s old beef between the two Louisiana Natives that many believe might of stirred the emotions of each prospective rappers friends to be on guard that night.

The beef stems from the 2009 Murder involving Kevin Gates friends in which Boosie was allegedly involved in arranging.  How ever due to a 2012 Jury Trial Boosie was found not guilty.  So bad blood had to boiling that night in Kentucky.  Hopefully the two can come together and make peace on mutual ground.

Video below captures moments before and after the fight broke out on stage.