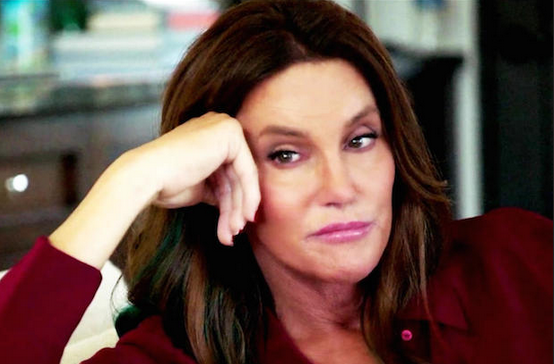 According to whispers in and around Hollyweird Caitlyn Jenner is regretting her transition from Bruce Jenner.  Now, although we cant say for 100% certainty right now that’s the case, I can still present to you the reasons why I believe it to be true.

Let me start off by saying that, “I Am a Woman”.  I was born as such.  I point that out to say this , I know first hand how hard it is to be a woman.  Your forced everyday to believe you have to look beautiful before you can go any where, or people start to believe you don’t love or care about yourself.    Especially with Caitlyn being so out in the open with her life, papparazi following her every move, its hard to just have a chill, or relaxed day on the town.

Cait in her mind cant help but to remember how it easy it was as a man to just throw on a pair of jeans or slacks with a nice expensive shirt and call it a day.  He’s been Bruce longer then Caitlyn, so you cant say Bruce wasn’t set in his ways.

So now to have to sit through hours of hair & makeup and getting dressed to do appearances, speeches, charity events etc. can be tiring.  I know your thinking well this wasn’t new to Bruce he use to sneak and do it all the time back in the day,  and you would be right.  Except he did that ever so often and it wasn’t consistent as it is now, that Bruce is living his life as a woman.

You throw in the fact that while filming “I Am Cait she had many differences of Opinions with her fellow Sisters in politics and the direction its headed in.  They also disagreed on alot of Trans Issues they themselves had experienced, and it almost felt like they were angry with Cait for not having to go through that.

I hate that they kept trying to make individual battles  into Caits owns and it shouldn’t of been that way.   It appeared as though they looked unto her as a “Savior” for the Trans Cause instead of another Human being;  Honestly I think Cait just wanted to get comfortable within her skin for the first year, is why she surrounded herself with people who were alike.

So to hear whispers that she is considering re-transitioning back to Bruce Jenner isn’t hard to believe at all.  They said it would be gradually and over the years.  In a sense just like when we were hearing rumors of him transitioning to Cait.