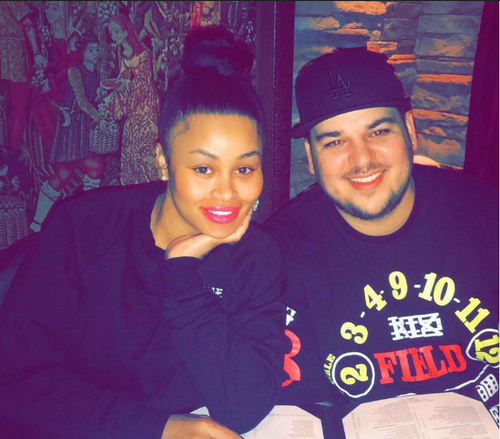 Since the beginning of Rob & Blac Chyna’s ‘world wind’ romance it’s been an emotional roller-coaster for the two in regards to the approval of both their family and friends.  Yet more so on Rob Kardashian’s side of the isle and today the drama reached it’s boiling point, when Rob took his frustration out openly on his family and specifically Kylie.Rob addressed what made him so upset to begin with and it all had to do with the fact that the Mother of his Child/Fiance wasn’t invited to a Baby shower that was being thrown in his honor.  Which is odd considering he’s not the one having a baby and why would you think it’d be cool to not invite who should be considered the Host in more ways than one.  Considering she is hosting the entity we all know as the child inside her stomach.  I don’t blame Rob for being upset, but got real childish releasing phone numbers online. 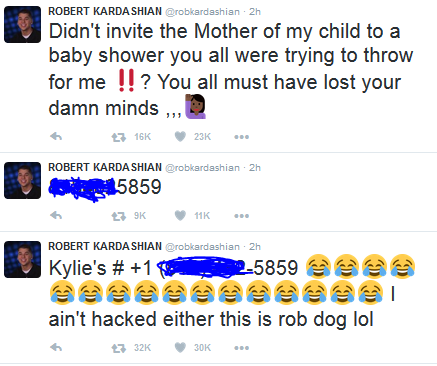 He went on to reassure his over 6 million followers indeed it is him and that this is Kylie’s number.  Which only rung for long periods of time when people first tried, up until 30-45 min. ago when it was disconnected.