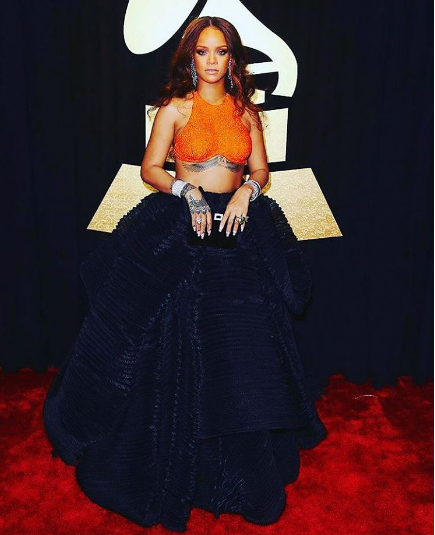 I don’t know if I want to sock lil yachty for his hair and his grill or hug him for actually putting on a suit.  Looking like a Black Kernel Sanders.

Lady Gaga wanted to make up for the lack luster outfit she chose to wear while performing at the Superbowl.  The one where her shorts were so short her gut was hanging over them.  I see whoever dressed her tonight, had that belly and that belly button tucked in.

Solange Knowles won her first Grammy tonight and did it beautifully.  Guess she finally got her seat at the Table. (Pun Intended) 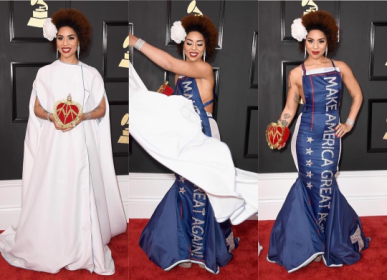 Singer/Song Writer Joy Villa made a statement with her evening wear, she came out in a #MAGA (Make America Great Again!) Trump dress and stunned celebs and paparazzi on the red carpet alike.

Rihanna looking like a living & breathing doll on the Grammy Red Carpet.  Gone give us some babies RiRi, let’s see them hips spread already.

Jay-Z & Blue Ivy in the Audience at the Grammy’s.

Beyonce taking in both her set’s of twin babies. 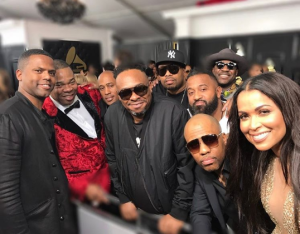