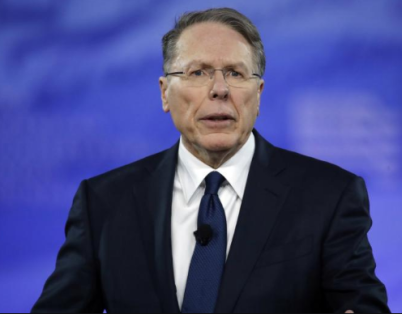 It’s a lot of truthful & meaningful conversations going on at CPAC right now, about the state of America and its freedoms.

And in order to continue having an honest opinion about it, you have to be dedicated to not only listening but open to understanding as well.  You can’t rely on the media to guide your mindframe, you should be able to tune in to the truth when you hear it, that and always research what someone tells you.  Never take anyone’s word is my best advice to you…

USA – -(Ammoland.com) – NRA CEO and Executive Vice President Wayne LaPierre gave a powerful speech at CPAC Friday afternoon, calling upon the 5 million members of the NRA—along with the tens of millions of conservatives all over the country to stand and fight against the forces conspiring to sabotage President Donald Trump.

“We have all seen how violent they can be. Just look at Inauguration Day,” LaPierre said. “They disguise themselves with Black Bloc ski masks. They spit in the faces of Gold Star families. They tomahawk beer bottles and rocks at police, putting multiple police in the hospital. They smashed businesses’ plate glass windows while customers cowered inside.”

Videos of violent protesters played in the background as LaPierre delivered his remarks and pledged the NRA’s support of President Trump “for the next eight years.”

“The Left’s message is absolutely clear,” he asserted. “They want revenge, you have to be punished. They say you’re what’s wrong with America, and now you’ve got to be purged.”

In the speech he actually shows the clip of when he called CNN out live on the air about the fake news they had aired and challenged them to prove him wrong.  And on the flip side they actually ended up proving LaPierre right.