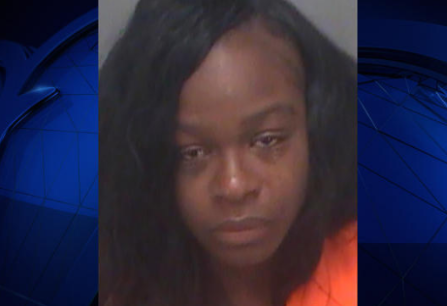 Just when you’ve thought ya heard it all, something like this happens.

Also I’m not quite sure what’s going on in Florida and why a majority of its residents are mentally unstable and disheveled all the time.  Every time I read about something crazy before I get to where I see where their from, I say to myself I bet this was in Florida..  SMDH

Woman Accused Of Throwing Used Tampon At Officer: A Florida woman was charged after police say she hit an officer with a used tampon. Tecora Fields, 28 was arrested and charged with aggravated battery on a law enforcement officer, according to NBC affiliate WFLA-TV.

Fields was involved in a fight when St. Petersburg police responded Monday night. Police say Fields threatened to hit officers with her tampon and cursed at them, WFLA-TV reported.

Authorities say Fields then removed the feminine hygiene product from her genital area and threw it at police, hitting an officer on the shoulder. Fields tried to flee the scene, police say, but officers used a stun gun on her and she was taken into custody. She was charged with felony battery on a law enforcement officer and released on $5,000 bond. Source

Nastiest stuff I heard all day, than to think she sat in the patrol car in bloody draws.  SMDH~Just Nasty..