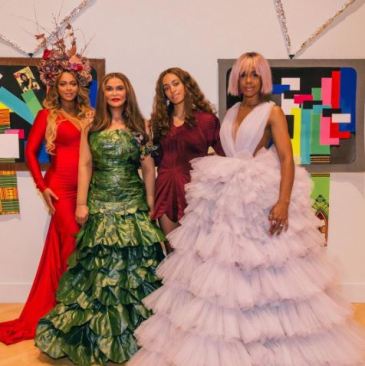 Beyonce’s & Solange’s beautiful mother helped put on a wearable Art Gala in support of the Waco Theater Center this past weekend and from what pics that’s leaked thus far are phenomenal.

Mama Tina looking radient and elegant as always.  She always carried herself very well and it appears she gets younger & younger every time I see her.  What’s the secret Ms.Tina?

Beyonce is carrying them twins like she ready to pop, you can’t tell me them babies aint dropped by now.  I’m willing to place money on it that they are twin boys.

Solange & Blue Ivy being Silly on the red carpet and striking a zen pose before entering the Art Gala.  I’m sure she’s over the moon on finally being able to be a big sister, and to have some siblings to blame stuff on. 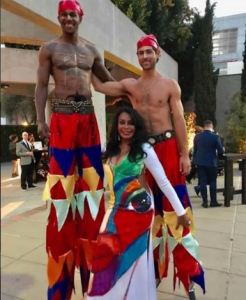 Ms. Tina’s good friend, from who I understand she hand painted her own dress.

All these photo’s came from @Beyonce & Tina Knowles-Lawson Instagrams Respectively.