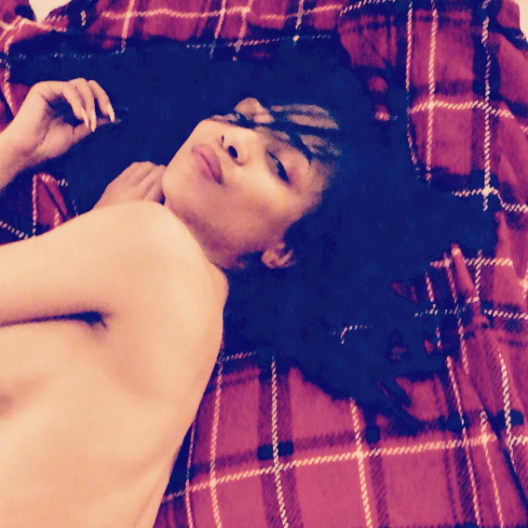 Karrine Steffan’s is known for hopping on ex-lovers band wagons,  she has to get some of that shine and attention;  The way she went about presenting it was very tacky considering she had all these years to say she’s slept with Jay-Z  as publicly as she’s done recently.

I find it interesting she waits til Beyoncé & Jay “Spill the Tea”, or shall I say the  “Lemonade” themselves to now want it to be known how another Famous “Black Man” ran through you.   Let’s get back to how she presented  a story not even , I’m telling you ,no “moderately” sane person should believe the implications she’s making in this story.

Before we go any further let’s not ignore the fact that she couldn’t expand on who this cousin is;  I’m not saying she never slept with Jay-Z.  She’s just never slept with Jay while he’s been with Beyoncé” yet she’s been his “becky”.  She even points that out herself in the interview, read excerpt below:

“This was pre-Yonce, of course.  But the fact is that a “Becky is a Becky”; I was the Becky for many men, and they were all my salvation and my destitution. They were my reason and my rationale, my life and my death, and eventually, my fame and my infamy.”

The fact she had  to point out it was Pre-Beyoncé made me wonder “why even tell the story?”  She tell’s the story with so much Drama and Flair you’d of thought she was reading a chapter from her next Memoir “Diaries of a Video Vixen Part Whatever”,  with statements such as “Jay and I feasted on our attraction for each other”.  She never say’s they slept together how she word’s it, she just gave him head.  Which sounds about right.

After a few minutes, I lifted my head from his lap, wiped my lips, and knew we’d made a mistake.”
The cherry on the cake, is the fact she admits she’d seen Jay over the next few years after that because she’d cozied up to his then Business Partner “Dame Dash”.  She said her & Jay never mentioned their “one-night stand” to anyone and acted as though it never happened, if you can consider it that.  She claims her Cousin Chuck wouldn’t have been happy that it happened.  Now I’m thinking to myself, well how does Chuck feel now?  Chuck sound more like to me a Pimp/Ex-Boyfriend who didn’t know you was riding off giving it away for free.

There’s more questions than answers in her interview which leads me to believe she’d done this purposely.  She reminds me a of Black version of the woman on “Gone Girl” with how she goes about things.

I doubt that Bey or Jay will address these statement’s as their busy getting this money.  If anything they’ll probably enjoy the fuel she’s adding to the fire they’ve purposely started. They knew fame whore’s would come out the wood works, just looks like your the only one so far.  No one else want’s to be clowned to oblivion.