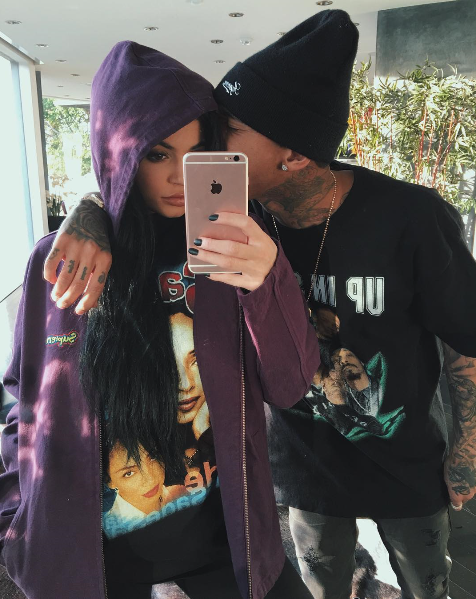 A Teenage love never goes as one plans and rarely does one leave owing their ex significant other more then $500 if that in the real world standards.  But leave it to the youngest and most impressionable of the Jenner-Kardashian siblings to break the record for tricking.

Sources say that there was more to these two recent breakup then they let on. Reportedly Kylie got tired of asking Tyga for the money back that she claims was loaned to him by her totaling nearly 2 Million dollars.  Tyga’s response to her request, was that he believed the money was a gift from her.  Which isn’t hard to believe, considering all the gift’s she would flash from him.

In my mind its what he considered “Tit for Tat” type of relationship.  One where he might pick up the bill one day or gift her something and she’d do the same in return.

Now you know when Kris Jenner found out the truth she wasn’t happy one bit.  Its been said she told Kylie “Either you get Tyga to cough up the dough or I will” (Word’s to that effect.).  Now he know he doesn’t want Kris down his throat cause she’ll have all his business out there.

I knew he didn’t buy her that Ferrari and I know you go, what would make you say that?  Well reportedly with this money she helped him bankroll his most recent album, help pay off debts, and paid for other expenses incidental to the lifestyle they both wanted portrayed.

I honestly think  she’s been wanting to ditch him even before Chyna started dating Rob.  I believe Kylie was just holding on to hope Tyga man up and pay her back one day.

I’ve been there before and when I tell you the wait isn’t worth it, believe me.  I dont care how much you Love that other person or admire their talent, if they lack moral fiber then the truth aint there.  So don’t waste your time or your money.