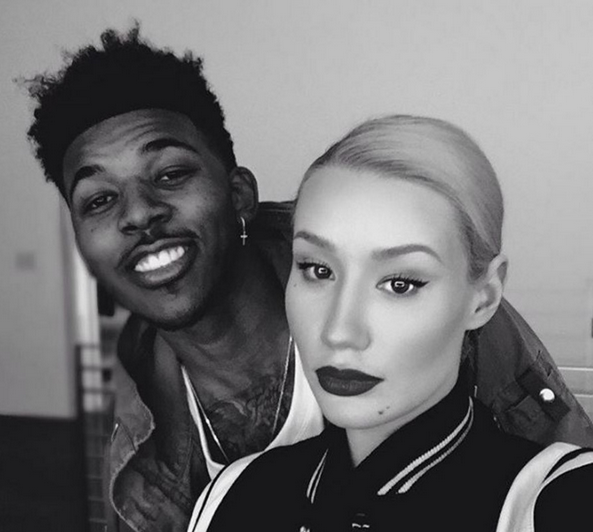 Nick Young & Iggy Azalea have called it quits as of recent and not to say the break up wasn’t a mutual decision, but the reasoning behind it really didn’t leave Iggy a choice.

The couple have had their fair share of up’s and downs since they’ve started dating a few years back.  Nick had just come out of a 4 year relationship with his Son’s mother Keonna and Iggy ending one with her first manager/common law husband at the time.

Little did she know that Nick was still dipping his hands into the baby mama cookie jar.  That was up until recently when Iggy found out Keonna was again indeed pregnant with the NBA’s star’s seed.  So naturally this is the end of this chapter.  I can’t say that I’m surprised considering , I never really bought into the fact they were a real couple to begin with. (Shrugs Shoulders)  So good luck to Nick and his beautiful Children’s mother Keonna and I wish you both the best of luck!