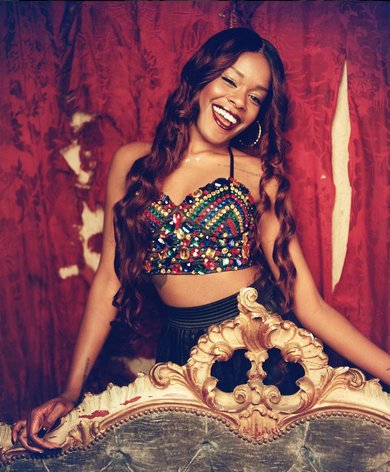 Azealia Banks cant catch a break, its always some type of trouble of turmoil she has going on.  So it comes as no surprise she’s  back in the headlines for missing out on her recently scheduled court date.  Her lawyer had the convenient excuse of “she missed her flight”, but the judge wasn’t trying to hear it and made it clear what would go down the next time this happened.

Alleged boob-biting rapper Azealia Banks was absent again for her court appearance on Wednesday and she got a strict warning from a Manhattan judge to show up at the end of the month.

Banks’ lawyer Stacey Richman, who appeared on Banks’ behalf, said her client was absent because of a travel snafu.

“She missed her flight,” Richman told the judge during a short appearance. “She was supposed to take the red eye in last night.

Banks was in Los Angeles where she has been working. Past court absences were excused for health reasons.

Manhattan Criminal Court Judge Kathryn Paek made it clear that Banks would not get another free pass if she doesn’t show up on Sept. 30.

“If your client is not here in court on that date, a bench warrant will be issued,” Paek said.