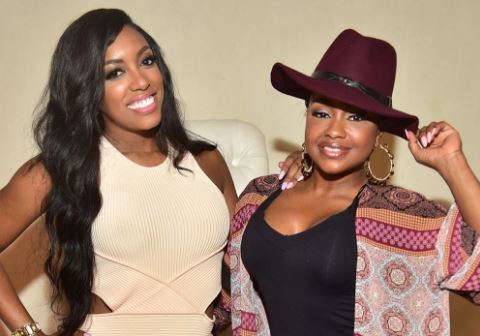 The Real Housewives of Atlanta’s own “Frick & Frack” are as of now no more;  Porsha didn’t waste anytime in addressing what everybody who watched Sunday wanted to know and that’s if her and Phaedra were still cool?
Porsha had this to say on a taping for DishNation:

“It’s difficult because I love Phaedra. She was, like, my best friend, like someone I talked to on the phone every single day. For me to feel like she had betrayed me like that, that’s the part I just can’t get past and I don’t know if I ever will. I can’t talk to her on the phone right now. I don’t know what else to say. Of course, I have a soft spot for Phaedra. It’s where you don’t want to be manipulated anymore.”

When asked if they could ever be friends again:

“I may get to a point to where I’m strong enough where I can talk to her and we can maybe work through it, but right now it’s still so new for me,”

Their friendship was destined to fail, all the snide remarks Phaedra had about Porsha being dumb the first few seasons she was on.  Of course Phaedra was using her as a Pawn, that’s all she’s good for other than being somebody’s beard.  In honor of this Tragedy of a Friendship I know dub the #PoPhaedra.  Cause although they were in it together initially Po’Phaedra is standing alone, when it comes to friends.  Had she not tried to play Kenya with that Apollo mess again she might of had a backup friend.