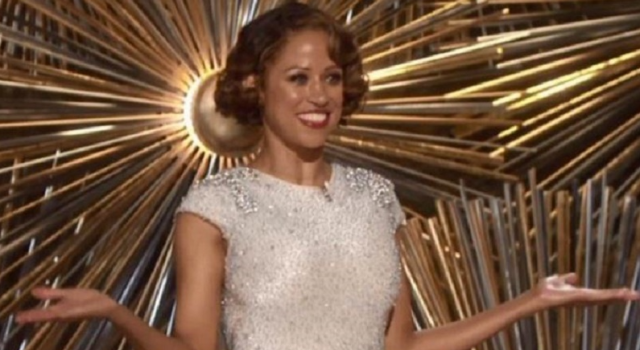 I truly don’t understand why anyone would be surprised about Stacey Dash or Chris Rock, they’ve been cooning every since I can remember.  Chris Rock wouldn’t be who he is if it wasn’t for him being capable of pushing Hollywood’s agenda in whitewashing performances and who they selectively give awards to.  I’ve seen a plenty of Black Independent Films that should of gotten atleast a nomination if not a win in the past few years.  So it comes as no surprise to me that Stacey went along with the dialogue of this skit on National Television.  It wasn’t even as nearly as funny as they thought it was going to be even in a predominately Caucasian audience.
http://player.ooyala.com/iframe.js#pbid=dcc84e41db014454b08662a766057e2b&ec=tuc2RmMTE6yPa72dVyBU_VdILugnfIDk