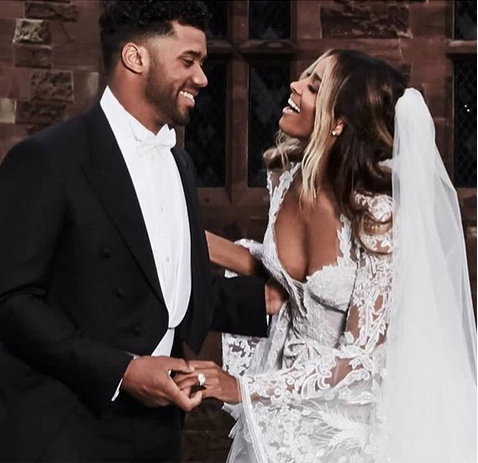 Russell Wilson & Ciara share more photo’s of their magical wedding day at a beautiful castle in Cheshire, England.  The two were married surrounded 100 or so family and friends,  vowing to love each other for a lifetime. 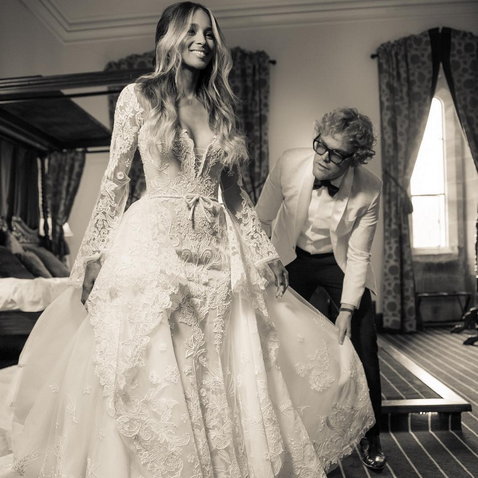 Ciara above being zipped and in prepped into her one of a  kind Roberto Cavalli Wedding Gown, moments before walking down the isle to Mr.Wilson. 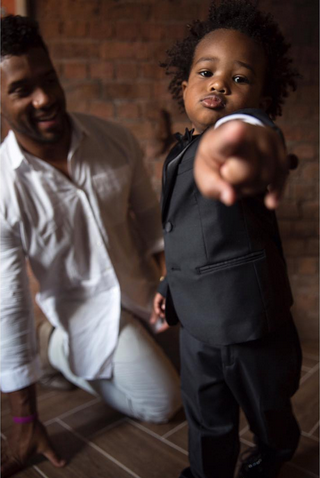 Ciara’s Juicy man B*K*A Future Jr.  is photo’d above with his now step father Russell Wilson.  It wasn’t but a few weeks ago his Father Future dropped a single named ‘Juicy’ taking shots at Russell Wilson.  The strange part about it, is that papa Future is quick to point out he want’s people to keep his name out their mouth and drama (Ciara, that is.).  Which in retrospect nobody would of mentioned his name had he not taken shots at Russell Wilson in the song.Future Hating on Russell & Ciara’s Pending Nuptials 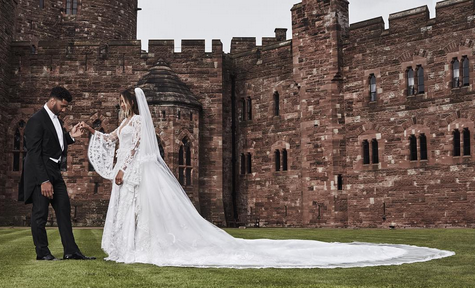 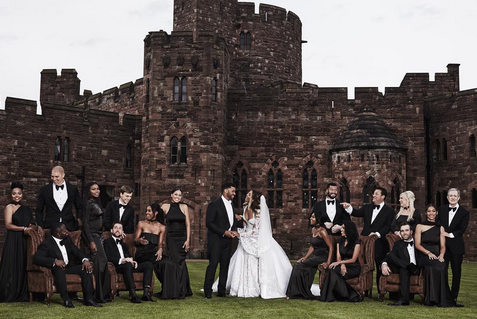 I spot Lala & Kelly Rowland in the photo as bridesmaid.  For some reason people also believed Serena Williams would be apart of the wedding, but we all know she was preparing for the Wimbledon showdown this past weekend.  In which Serena landed her 7th Wimbledon win and 22nd Grand Slam title.  I’m certain she was invited  if anything but failed to make it to be apart of the party.

Since the Wedding Ciara & Russell have been seen canoodling on social media giggling about their long awaited sex lives that have returned since they’ve jumped the broom. Congrats, again to the beautiful couple and I wish them the best of Love.

One thought on “MORE PHOTOS FROM CIARA & RUSSELL’S MAGICAL DAY”