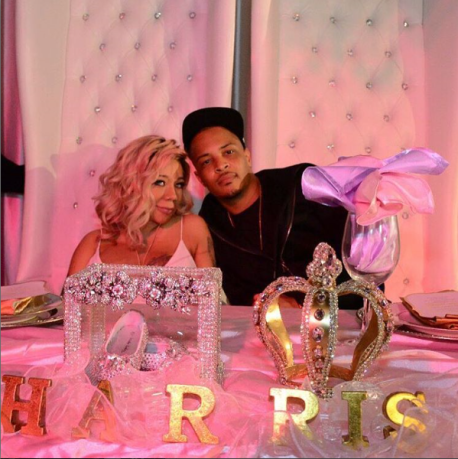 Did T.I. make his & Tameka “Tiny” Cottles split official this past weekend in while in Houston for Super Bowl LI? Well I’ll let the photo below answer for you. 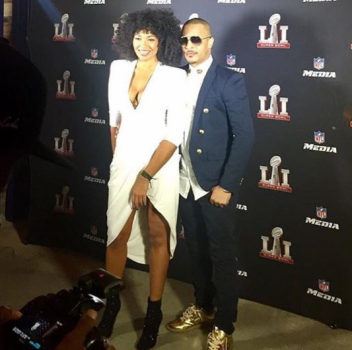 From the looks of this Photo, I’d have to say that’s either a definite, yes.  Or a strong front, either way it doesn’t look good.  Especially if he thinking this is going to bode well with his wife Tiny.  Don’t think she doesn’t have Floyd Mayweather number on speed dial, and he’s a woman’s greatest revenge when it comes to getting back at their spouse or ex.

But in all honesty, I believe Tameka aint worried about T.I.  When she filed for Divorce towards the end of last year she’d had her fair share of putting up with T.I’s wandering penis.-Tiny Finally Files For Divorce From T.I.