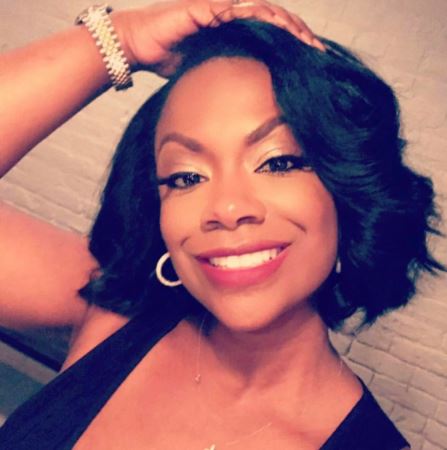 Kandi Burruss has been redeemed in the Drug/Rape rumors her cast mates Porshe & Phony Phaedra Parks got started this past season that may have cost one of them their job.

Kandi sat down with Atlanta’s V103 Radio station in Atlanta, a day after the explosive season finale of RHOA Reunion and she lays everything out for the crew. (Check out what TMZ has to say below)

Phaedra Parks won’t be showing her face anymore on ‘RHOA’ — she’s been fired for spreading lies and rumors about cast members conspiring to rape … TMZ has learned.

Sources close to the production tell us Phaedra was let go due to a rumor she told Porsha Williams about Kandi Burruss during the course of this latest season, which came to dramatic end Sunday night.

We’re told that during filming for the show, Phaedra had told Porsha that Kandi and her hubby, Todd Tucker, were planning to drug Porsha and take her back to their home to take advantage of her sexually. Kandi threatened Bravo if they aired that clip … so they didn’t.

But during Sunday’s finale of a 4-part reunion following the 9th season, all those secrets finally spilled in front of America … with Phaedra being outed as the source of the nasty rumor.

We’re told Bravo felt like Phaedra’s allegations were so out of line, they simply couldn’t continue working with her and informed her in early April.

I can attest for the shade that Phaedra Park has been receiving since the Reunion Finale, I was on her Instagram last night where #TeamKandi tore into her.  It got so bad she deleted the two post they were going off on. Well she brought all this shade on herself,  as Nene Leakes warned her years ago “You can’t win when you played dirty”,