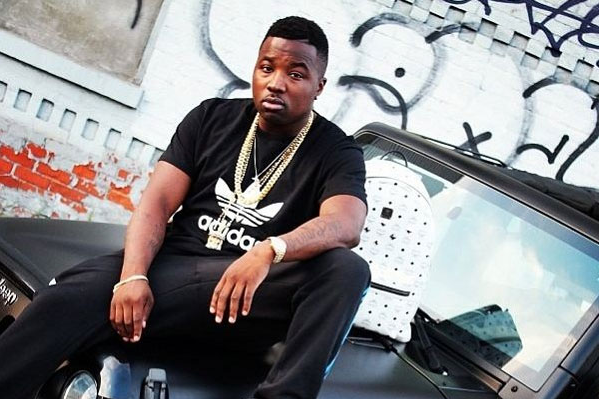 Troy Ave has taken the road many past artist have took and decided to go down the path of releasing a mixtape while behind bard.  Troy is  locked up with trial pending his innocence in the fatal death of his body guard and the injury of 2 other people at at TI concert in New York  who were lucky enough to walk away.

Troy wasted not time in professing his innocence starting off the Intro on the “Free Troy Ave” Mixtape with spitting these verses below:

Locked in a jail but I’m gonna get free

I wear icy gold chains can’t no brass break me

P*ssy n*gga tried to assassinate me

I took the gun, turned the tables ’round like a G

Couldn’t make your funeral, but I heard that you was fleek.

His lawyer is having a hard time finding support in locating the criminal who made an attempt on his clients life, that resulted in his false arrest.  Cause based off Troy Ave’s story he wrestled the gun away from the Killer in an attempt to save his life, which in my opinion is understandable.  I mean when your fighting for your life then in my eye’s there are no rules.

I hope that justice will prevail in this story and the parties responsible are tracked down.  In my mind if you in the streets like this you should know who your enemies are and if you don’t know you should find out  before you out here like that, out in the open and exposed.