Shawty Lo One of Atlanta’s & Hip Hops Legends has lost his life today and leaves behind several family, friends and fans to mourn his loss.  It was unexpected and tragic, check out the deets below..

ATLANTA – Carlos Walker, a.k.a. the rapper Shawty Lo, was killed in a fiery car wreck on I-285 in Atlanta early Wednesday morning.

His manager confirmed the news to CBS Atlanta affiliate WGCL-TV.

Police say Walker may have been the victim of a hit and run. They have yet to find the vehicle apparently involved in the wreck that fled the scene.

Police say one of the vehicles involved went over a guard rail and caught fire.

Walker’s vehicle, a 2016 Audi, struck a tree, causing the vehicle to overturn and catch fire. 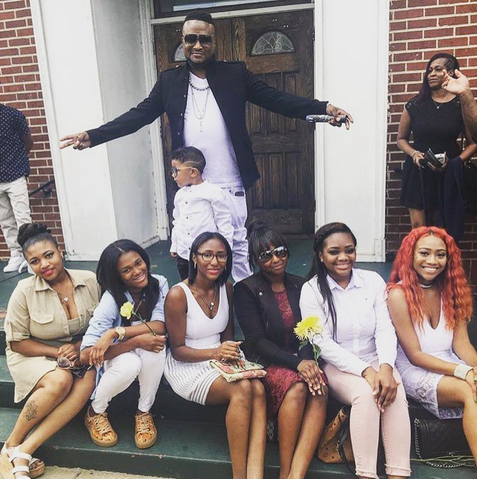 Carlos & some of his daughters at his father’s funeral.

Carlos leaves behind a beautiful brood of children, who are dealing as best as they can as.  He was a great dad & they all loved him dearly.  Shawty had just recently laid his father to rest, and his family now grieves both their absence.