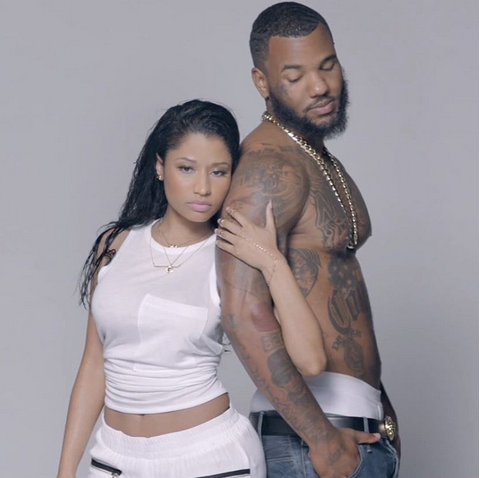 Every since Remy Ma hit Nicki Minaj with that Shether the other day, the internet has been going nuts with skits and memes for days.  And just like any shady ex they want to enjoy your down fall. For some its even sweeter when it’s from a distance and in public.

Whelp!  When everybody starting clowning on Nicki,  Meek took it upon himself to go like a few memes that tickled his fancy.  And when The Game caught wind of it, he wasn’t having it and he screen captured the dig and called Meek out on it, on social media.  He went in on how Nicki held Meek down after he got bodied by Drake, when they had their beef-Meek Mill In His Feelings.. 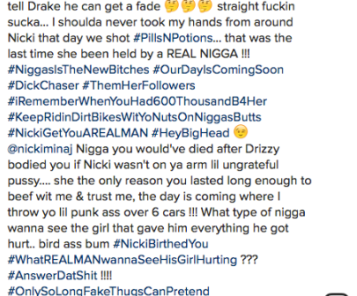 Meek Mill L’s was sexually transmitted to Nicki Minaj and now they both out here losing.  To add insult to injust K Mart just announced their no longer selling Nicki Minaj’s clothing line.  SMDH! LOL, I forgot she even had one and o think it’s in the one place rarely any black person shops anymore is hysterical in its on right.  I don’t even know where a K Mart is, they’ve been closed down in my town.

But back to the subject at hand, I think The Game needs to mind his own business.  Didn’t he just lose a lawsuit in which he was accused of sexually assaulting one of the contestants on his dating show?-Rapper The Game Sued For Sexual Assualt.  So I’m going to need him to have several seats until he get’s that settled and mind his own business.  Who is he to call out another grown man in regards to his relationship problems, especially not with how he played his baby mama.  Mr.Taylor if you can’t be any more of a man for Nicki than you could for Tiffney, than why would she want you?